We yarn bombed two more clusters of sycamores in Civic Center Plaza, San Francisco as sea otters and chameleons for the Trust for Public Lands to celebrate the grand opening of the twin Helen Diller Playgrounds. This brings the menagerie to five different animals and 13 trees in total, not including the 60+ colorful bands we did as a trial balloon.

The ongoing project, Knitting the Commons, celebrates the three blocks called Civic Center Commons with an animal theme chosen by the Tenderloin District community. We at Knits for Life selected animals of significance to the city by the bay.

Chameleons represent the changing landscape of Civic Center Commons as a family-friendly center for culture and civic engagement. Read on for more about the chameleons. Click each animal to read about the sea otters and giraffes in Civic Center Plaza, octopuses in UN Plaza and the parrots by the San Francisco Library. (Update: parrots removed January 2018, octoupses removed July 2018.)

See what it’s like to work with us, or get inspired to yarn bomb your own ideas. Scroll through our process below, and read more about it over on our sea otter post. 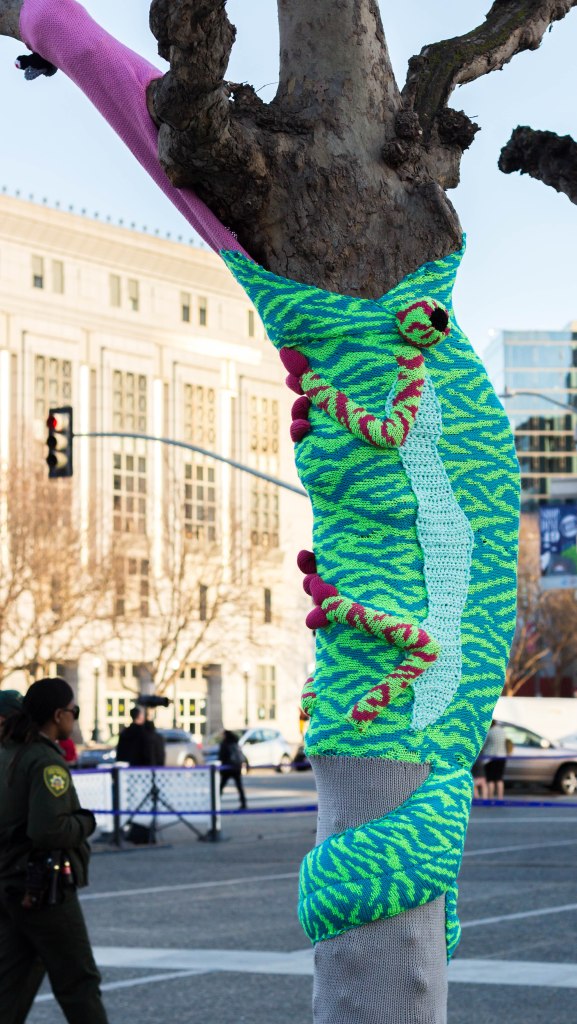 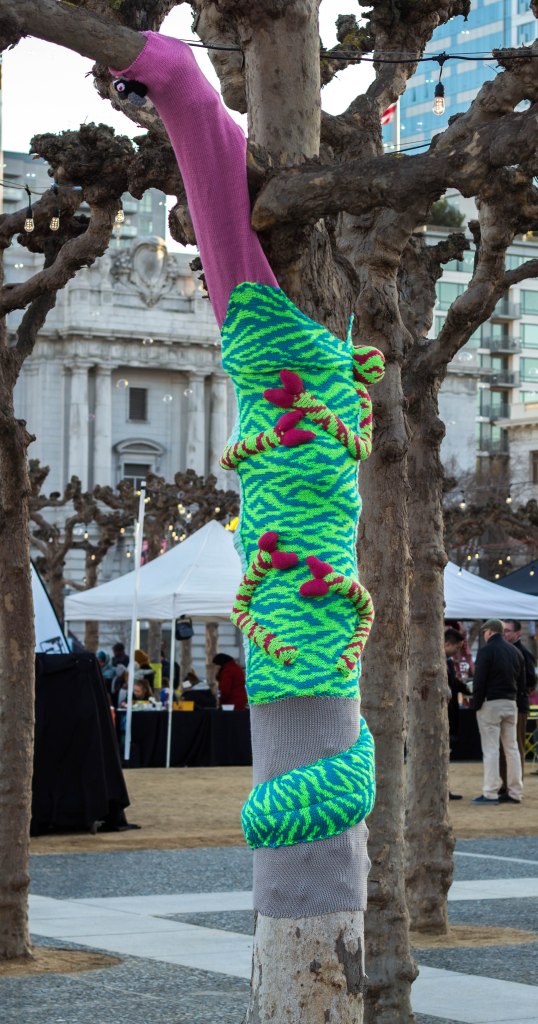 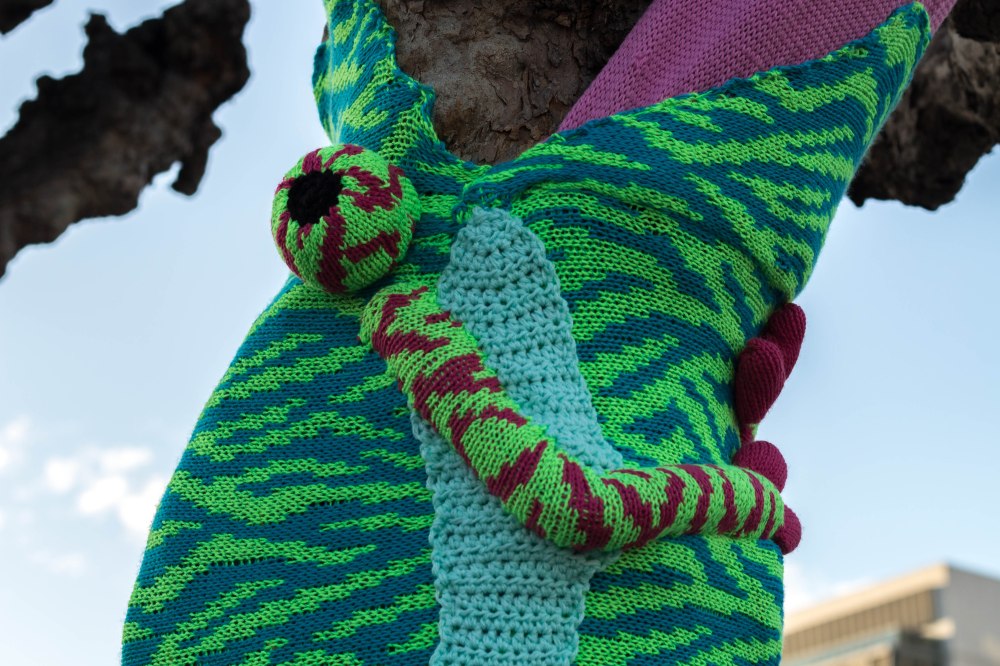 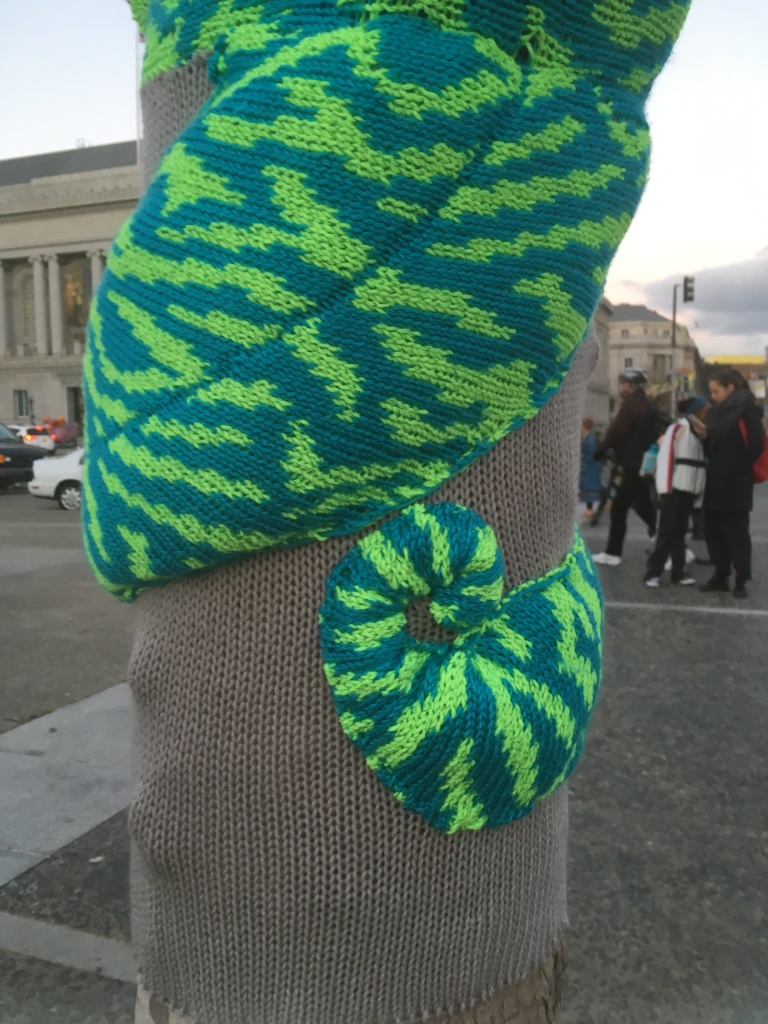 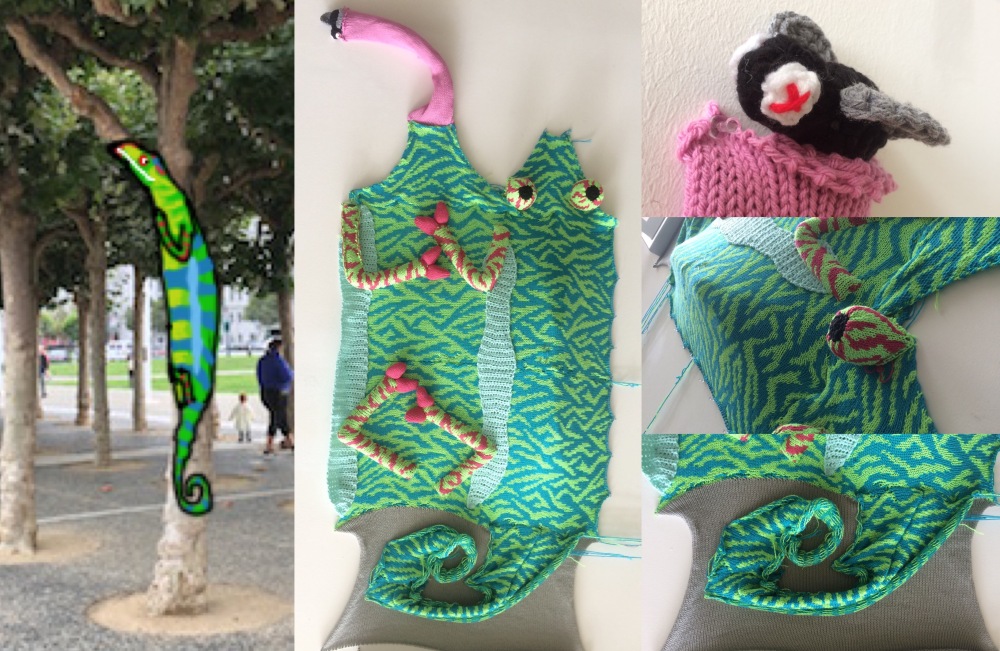 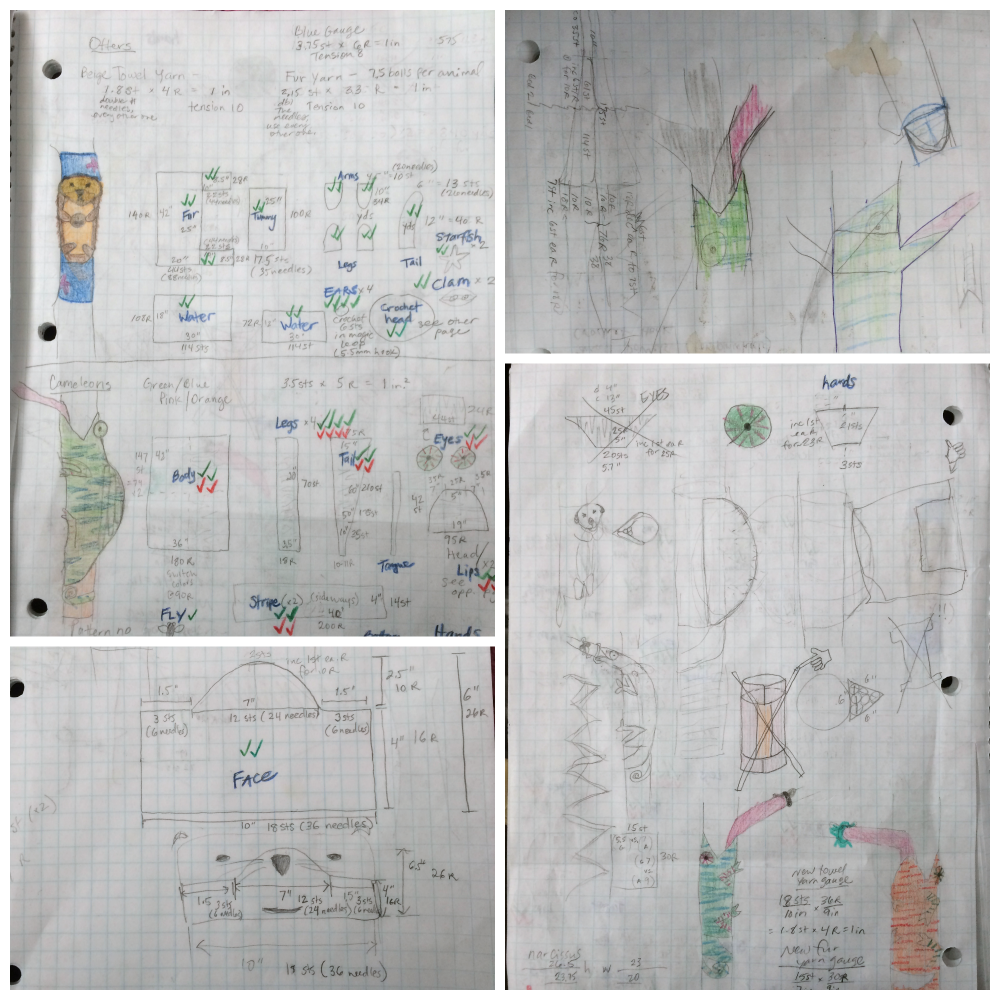 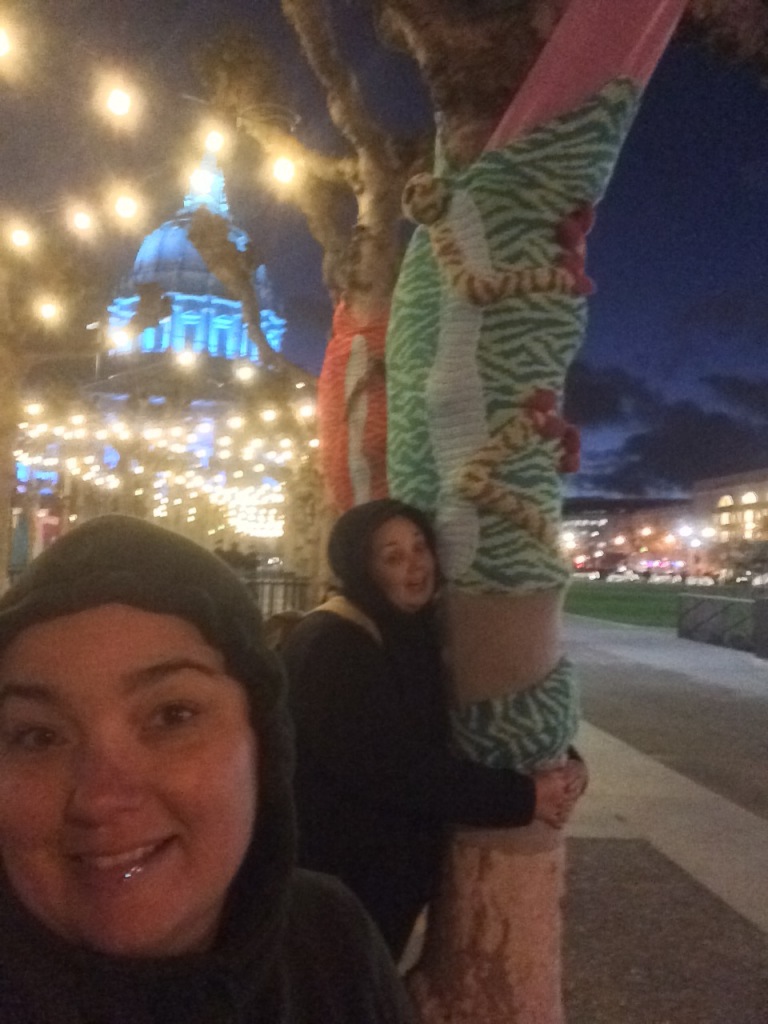