Where can I see the octopuses?: In United Nations Plaza,  San Francisco, California. They are in front of the Federal Office Building at 50 UN Plaza, across from the Civic Center/UN Plaza BART station. (Update: parrots removed January 2018, octoupses removed July 2018.)

How long will it be up?: The installation stands to remain in place until June 2019. It is being maintained and replaced where feasible. (Update: parrots removed January 2018, octoupses removed July 2018.)

What do the octopuses mean?: The theme was decided by the public through in person and online voting during the month of June. The public was given a choice of three concepts, and the winning concept was Land, Sea and Air Creatures. The artists strove to find a group of animals for each block that could both play with the specific shape of the trees and and illustrate a special connection to the San Francisco community. Meet a real Giant Pacific Octopus at the Aquarium of the Bay, where staff create puzzles to keep these smart, elusive animals engaged and happy. 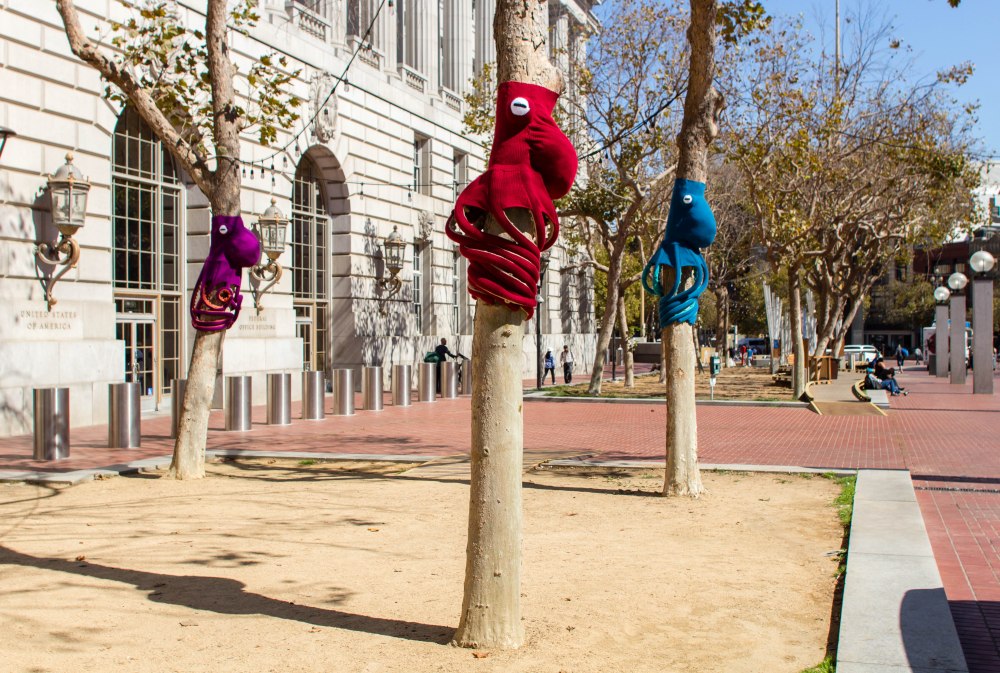 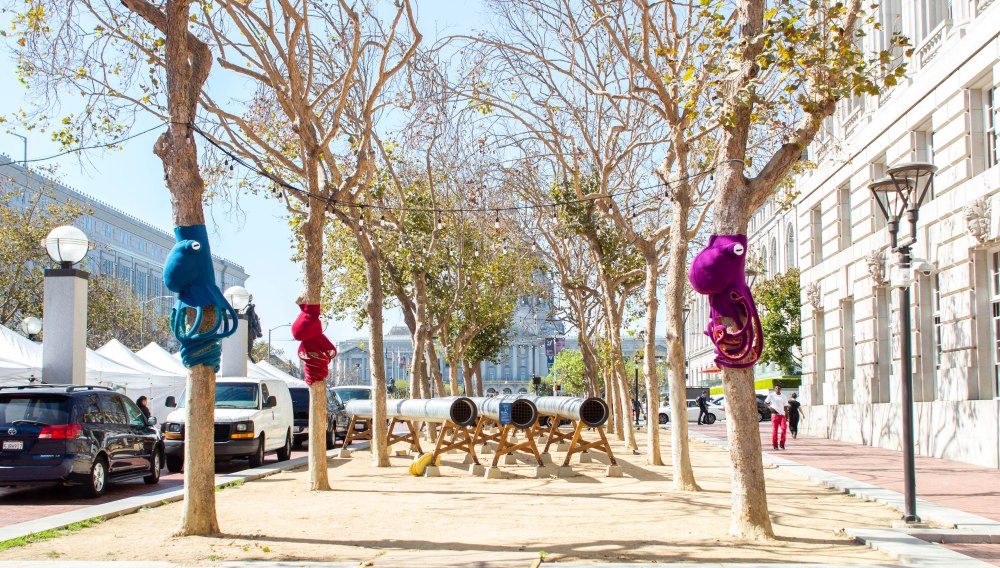 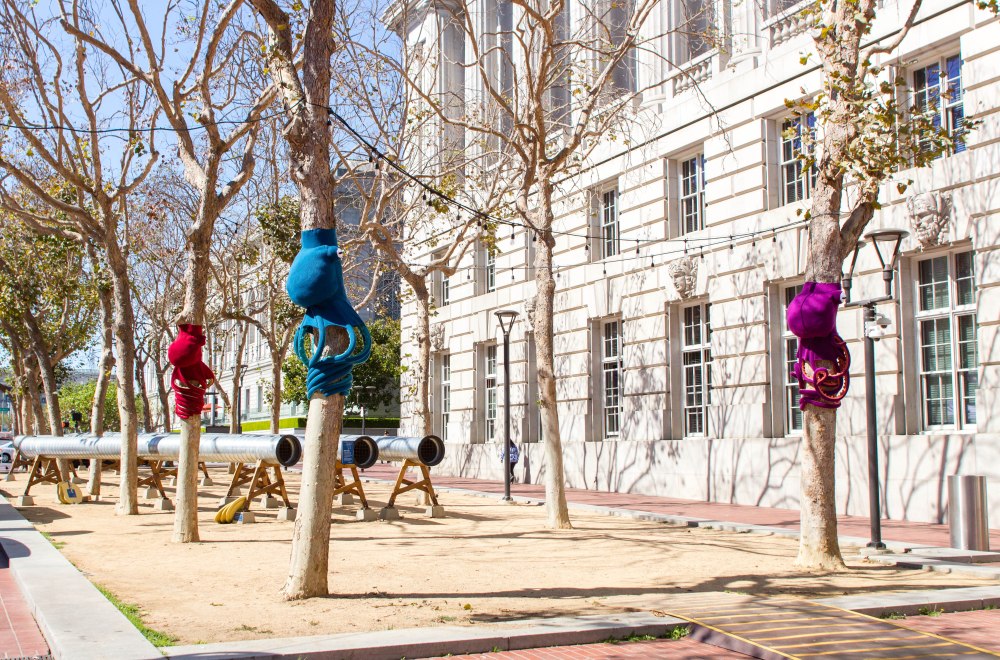 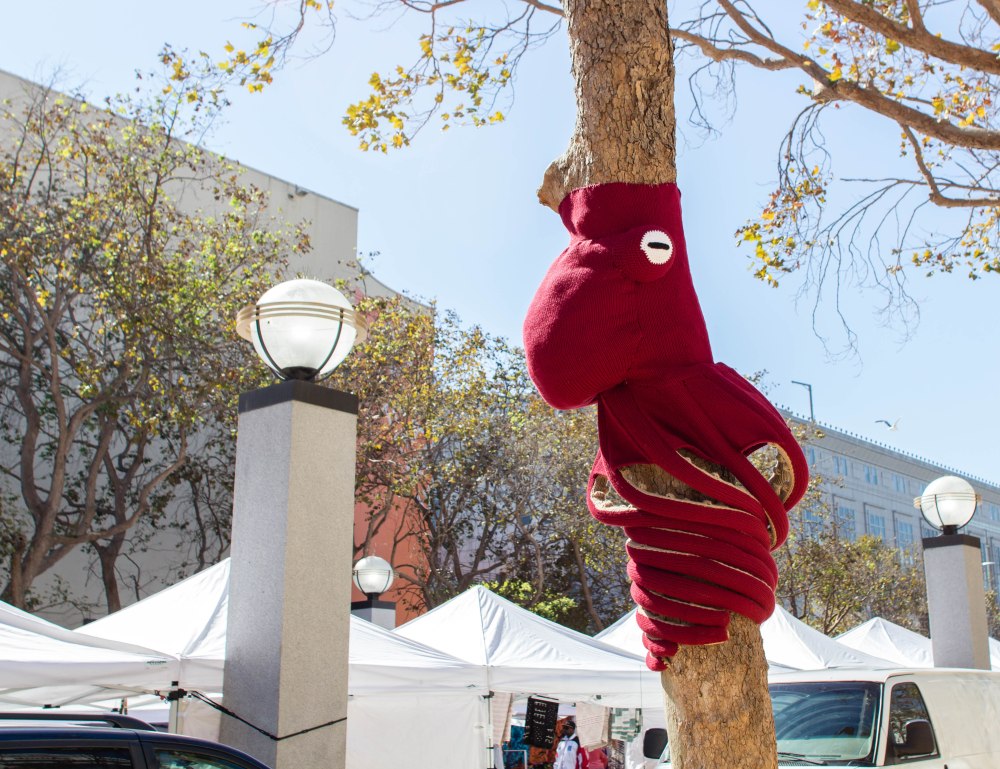 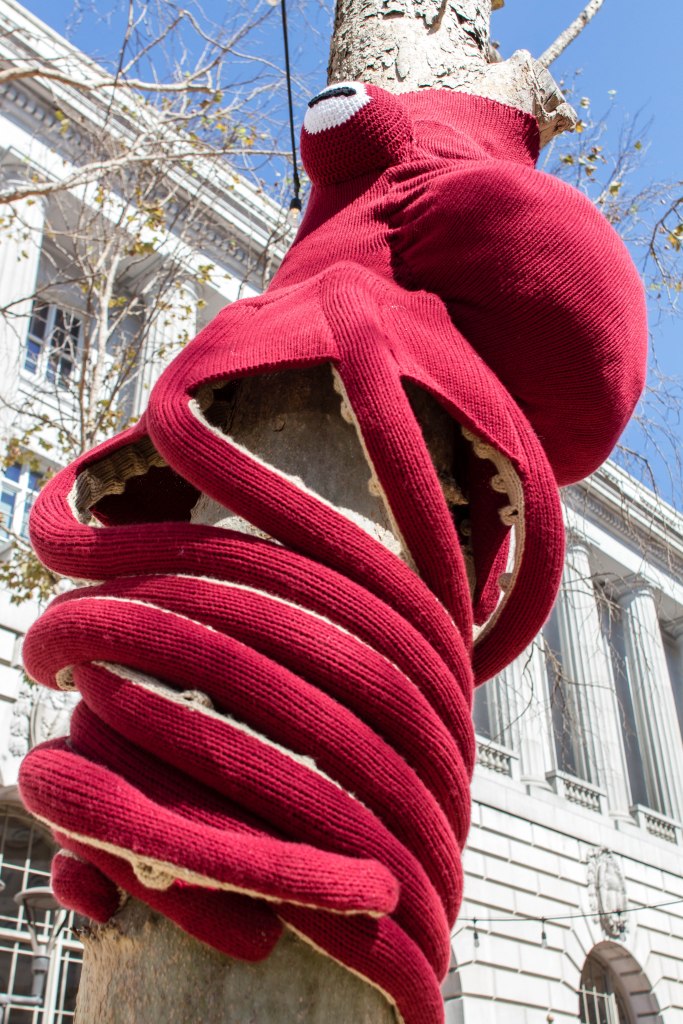 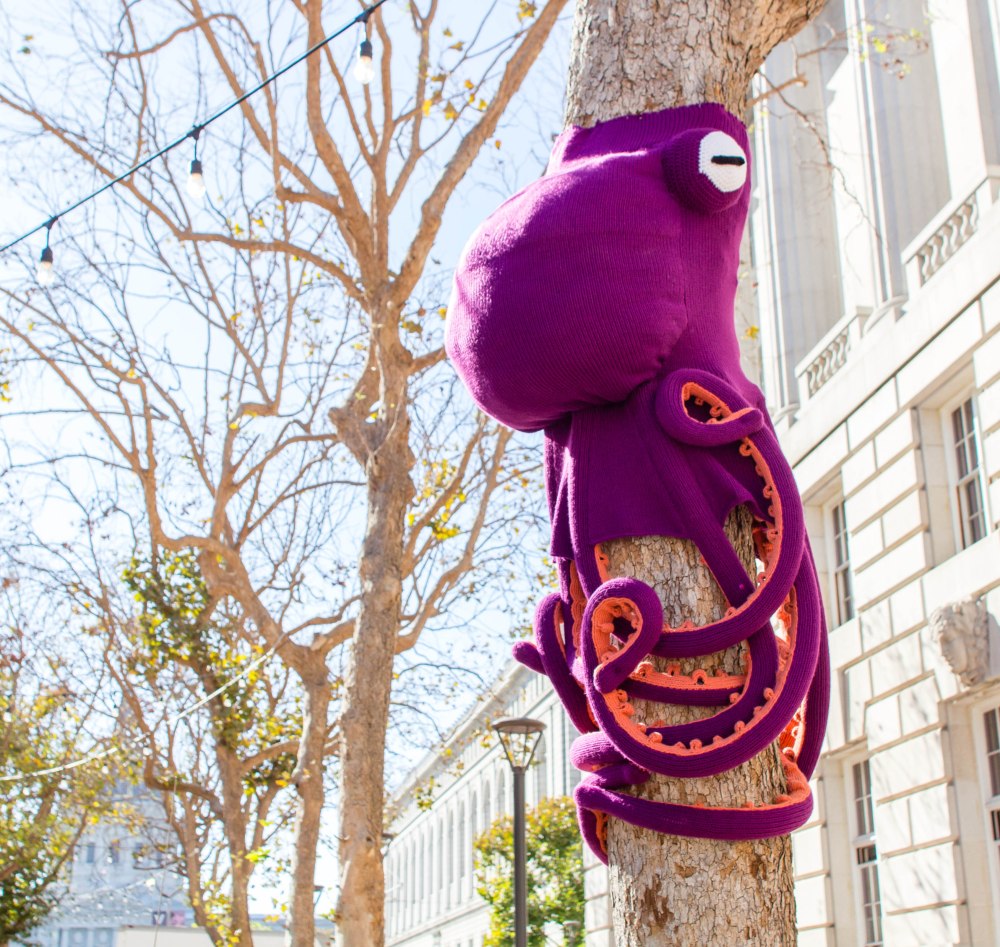 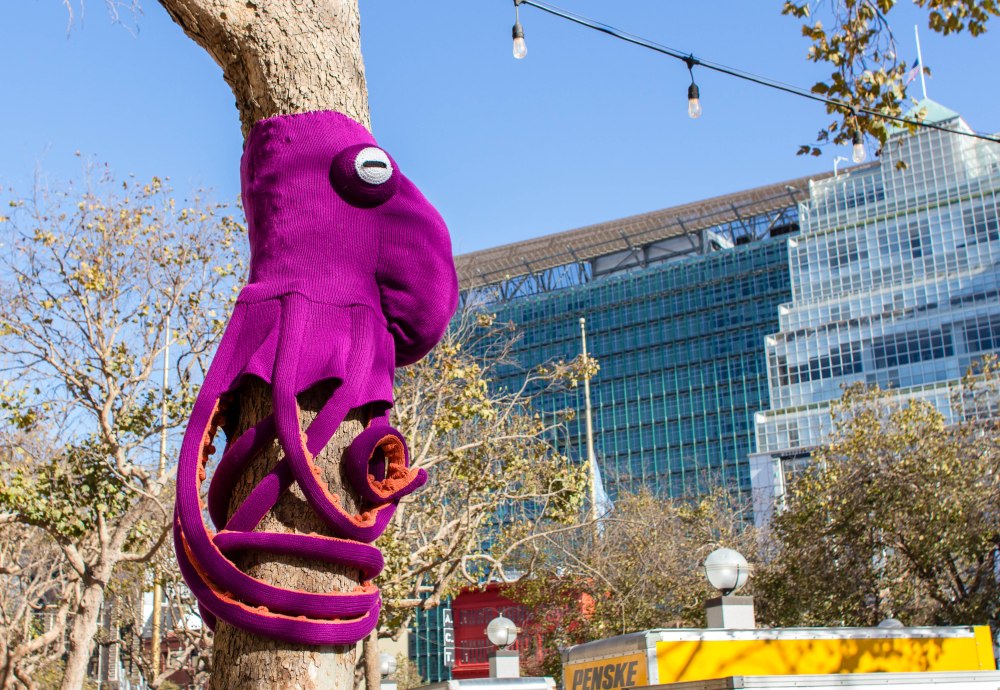 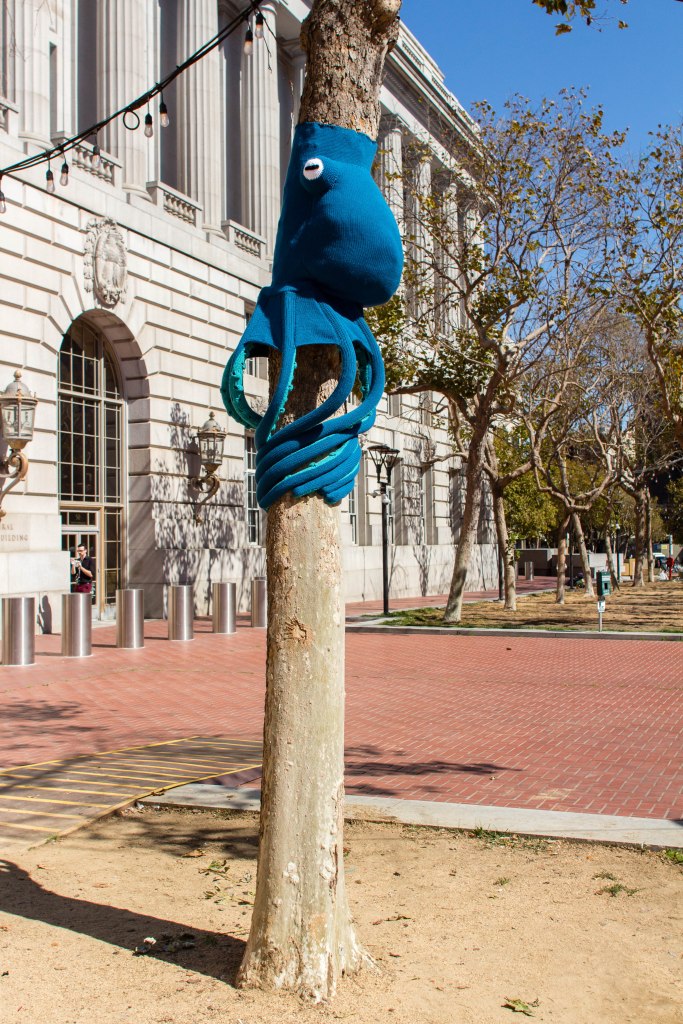 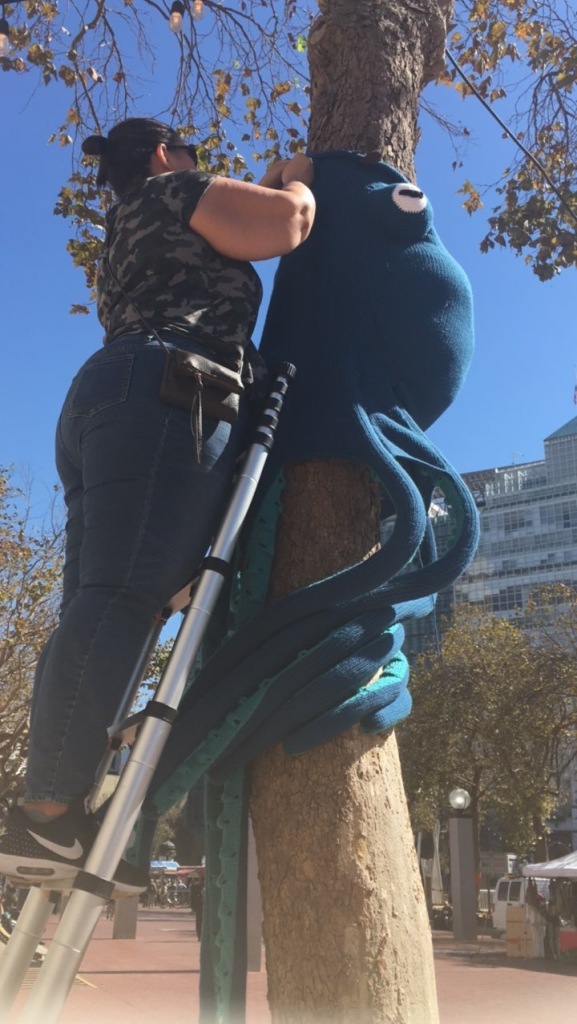 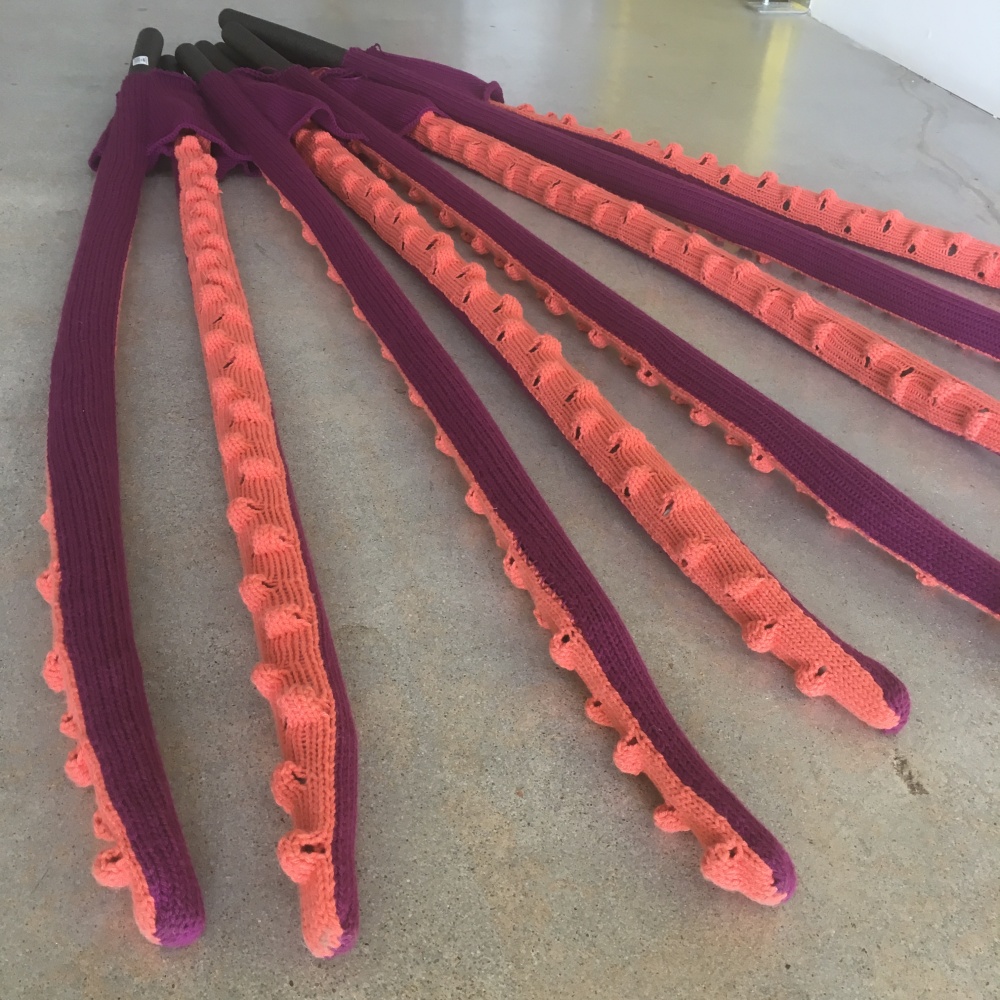